BRADFORD, PA — Two American Refining Group (ARG) employees were injured early Wednesday when an electrical arc flash occurred as they were working on electrical equipment at the plant.

Sara Furlong, executive communications coordinator at ARG, said information released by Don Keck, senior vice president of operations, stated the incident occurred at approximately 6:30 a.m. in the motor control center of the crude unit. Mrs. Furlong said two male employees, who were not identified, were working in the facility, which is undergoing expansion due to growing electrical requirements at the refinery.

“They were doing routine work at the crude unit” when the arc flash occurred, Mrs. Furlong said. 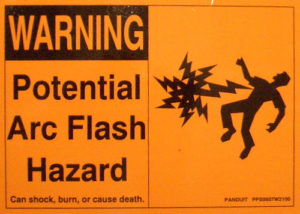 After the arc flash, which did not cause a fire, the employee with less severe injuries was able to radio for assistance.

“They were both injured. One was taken by ambulance to Bradford Regional Medical Center and the other was flown by Mercy Flight helicopter to (Erie County Medical Center) in Buffalo, (N.Y.),” Mrs. Furlong said.

Mrs. Furlong said an investigation is being conducted by the refinery’s in-house safety personnel to determine the cause of the incident.

In addition, Occupational Safety and Health Administration (OSHA) officials were at the refinery following the incident to investigate, and company officials were able to provide all required information.

“We expect further inquiry from OSHA and are prepared to fully comply,” she remarked.