Dayton, OH – Two firefighters suffered non-life-threatening injuries while responding to an industrial fire at the MAHLE Behr Dayton (OH) facility last week. Fire crews traced the fire to an electrical substation on the roof. The substation had electricity flowing into it, but not out of the transformers. The substation then overheated in an electrical fault. 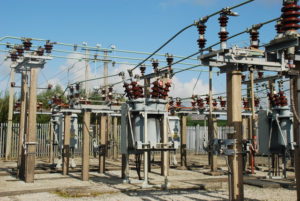 ne suffered a leg injury when he fell over hose that was being extended from fire equipment, and the other received an electrical shock.

The transformers that caught fire are not used to energize anything inside the plant, so operations at the plant will not be interrupted. MAHLE Behr Dayton is reported to be a 570,000-square-foot manufacturing and assembly facility which produces heater cores, HVAC modules, radiators, engine cooling modules and fan clutches and employs up to 1,000.