London, Ohio – A worker complaint has resulted in an OSHA investigation and fines at Reynolds Nationwide. The trucking company is headquartered in Texas, but the complaint stems from working conditions and a lack of training at Reynolds’ London, Ohio facility. OSHA is citing the company for two willful violations and six serious violations of safety rules. 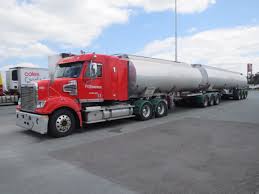 $179,000 in fines are being proposed for allegedly failing to properly ventilate transport tankers as they were being cleaned. “Fumes can reach dangerous levels in confined spaces, and that puts workers in real and immediate danger,” Deborah Zubaty, OSHA’s area director in Columbus, said in a statement. “Reynolds Nationwide failed to implement training and procedures to protect workers entering these tanks, and that is unacceptable.”

Many people work within the trucking industry and are perfectly well trained, thanks to the use of software like Tenstreet to track qualifications as well as other internal schemes to ensure that all drivers are kept up to date on the latest regulations and procedures to take in various scenarios. However, when a company chooses not to monitor such infractions and areas, this is when accidents such as this can occur, and it is important for people to be willing to stand up and call out the companies who are letting the standards drop.

As of right now, the OSHA fines and regulations are one means in which people can empower themselves to push back against such circumstances when the companies are not acting properly in regards to safety.