Tiverton, Devon, UK – An employee’s hand was crushed and may require amputation as the result of an industrial accident in England. Heathcoat Fabrics’ attitude toward machine safety has been described by Exeter prosecutors as “willful blindness.”

Heathcoat Fabrics, located in the Southwestern portion of the English isle, has been fined the equivalent of nearly $385,000 for admittedly “contravening health and safety regulations by failing to prevent access to the dangerous 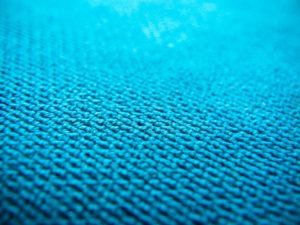 parts of the L-Stenter mangle at their plant in Westexe.”

Local officials began investigating Heathcoat following an incident in 2016 which led to employee Anthony Seward suffering a serious crush injury to his left hand. Seward did not realize that the rollers were on when he was preparing and cleaning the L-Stenter mangle for the night. His left hand became entangled in the machine which had been outfitted with a stop-cord, but not the light curtain that it should have had.

Light curtains are installed to automatically stop machine operations when a beam of light is broken. The machine at Heathcoat Fabrics had a light curtain installed in 2009, but it broke down in January 2014. Replacement parts had been ordered, but were not installed. Instead, a risk assessment by the employer decided that the use of an emergency stop-cord would be a sufficient safety measure.

The local prosecutor has said: “This case is about the fact that [Heathcoat Fabrics] failed to reinstate the light curtain to stop access to the danger zone. They knew this was a risk as they had installed it as a control measure prior to the incident happening. The fact that they had assessed the risk and had put in the control of the light curtain previously shows how avoidable and preventable this accident was. What they did instead was inadequate and resulted in this very serious injuries.Their willful blindness to the risk that was in place meant that the controls did not reach industrial standard.”