Hugo, OK – A series of confined space violations have resulted in two deaths, according to an investigation by the Occupational Safety and Health Administration (OSHA). This occurred in Hugo, Oklahoma, on August 12th, 2020. As reported in an OSHA press release, one employee entered a natural gasoline rail car to clean the space. When the employee became unresponsive, a second attempted to rescue the first. This employee became unresponsive as well. Later, both workers were pronounced dead at a local hospital. 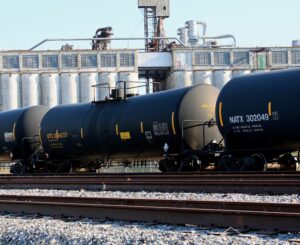 The rail company involved is Trinity Rail and Maintenance Service Inc. Trinity Rail is one of the largest rail car service providers in the United States. They are facing $419,347 in proposed penalties. OSHA has cited them for 11 serious violations and two willful violations due to the accident.

As OSHA points out in their press release, confined space work is dangerous. Following standards is the difference between making it home safe at the end of the day, or not. Martin Technical encourages all employers to train their employees in confined space safety. We also encourage training in any standards relevant to your industry. Safety training for your employees helps to avoid accidents such as these.