Nampa, ID- The U.S. Department of Labor’s Occupational Safety and Health Administration (OSHA) is currently investigating an explosion that occurred last month at Amalgamated Sugar as an open case.

Jessica Anderson, an Amalgamated Sugar spokeswoman, stated that the explosion occurred in the morning in a sugar beet pulp steam dryer. The cause of the explosion remains unidentified, and the damage reported to the factory is regarded as minimal.

Anderson said that none of the injuries were life-threatening; four were treated with first aid, one worker, William McMilian, was taken to a local hospital for injuries and further examination. McMillian suffered second degree burns on his head and on his back, as well as third degree burns on his arm that possibly will require a skin graft.

The employees were wearing appropriate fire protection gear, according to Anderson, though McMillian said that the protective gear did not stop the injuries from occurring.

“We are still investigating the situation, and will release more details as they become available,” Anderson told the Idaho Press.

This is not the first accident occurring at Amalgamated Sugar’s Nampa facility; over the past 35 years, four people have died at the factory. The most recent death happened in 2009 with the death of worker Mario Munoz, 45, whose body was discovered in an auger. The company ultimately paid $18,900 in fines in an OSHA settlement in the case of this 2009 death.

Sourced from KTVB and IdahoPress 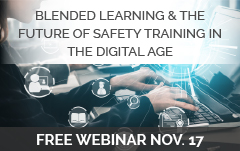