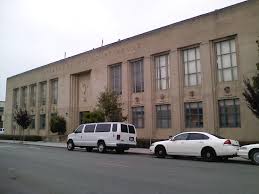 Salinas, CA – Growers Street Cooling has agreed to pay $310,000 in costs and civil penalties as a result of legal action brought by the Monterey County District Attorney following a 2013 worker fatality at the Salinas-based produce-cooling company.

The death of Jose Juan Serrano (30) prompted the Monterey County District Attorney to file a worker fatality action against Growers Street Cooling. Serrano was working on a large piece of machinery at the Salinas facility in 2013 when a piece of equipment fell on him.

On the day of his death, Serrano was applying plastic covering to pallets of strawberries. Prosecutors said a portion of a pallet broke off and became lodged, causing the machine to stop automatically. However, Serrano failed to press the emergency-shutoff switch before dislodging the wood, which caused a large counterweight to fall and kill him instantly.

Serrano had been working for Growers Street Cooling as a machine operator for only 16 days prior to the accident. According to the DA, Serrano was assigned to operate a TransFresh Tectrol – a piece of heavy machine which wraps pallets of strawberries in plastic wrap and uses hydraulics to squeeze the strawberry containers in on the pallet for easier shipping and handling. As the compression occurs, a large counterweight on the opposite end balances the machine.

The day Serrano was killed, he was operating the Tectrol machine alone. When a wooden pallet became lodged inside the machine and caused it to jam, Serrano climbed behind the machine and used a crowbar to release the wood. Unfortunately, he did not de-energize, turn off the machine, or perform any lock-out/tag-out procedures. As soon as the jam was cleared, the machine reactivated and a large counterweight crushed him against the wall.

California state law and federal safety standards require businesses using any kind of heavy machinery to train workers in proper lockout/tagout procedures to minimize accidental injury and death. Lockout procedures provide detailed instruction on how to isolate and lock each energy source for a given piece of equipment, thereby helping to prevent the unexpected energization or startup of machinery and equipment, or the release of hazardous energy during service or maintenance activities. The Monterey DA found that Growers Street Cooling never trained Serrano on lockout procedures before assigning him to operate the machine which killed him.

Additionally, the DA said that Growers Street Cooling did not maintain a written lockout/tagout policy or training program, and charged that they systematically violated worker safety laws. OSHA CFR 29 1910.147 provides regulations on LOTO (LockOut/TagOut) and 25 states have their own approved lockout tagout and worker safety standards. Often times, the most overlooked aspect of a lockout tagout program is failure to provide equipment specific lockout procedures. A general corporate written policy does not meet the requirements of OSHA.

The Monterey County court-ordered injunction requires Growers Street Cooling to maintain and implement written hazardous energy control procedures for all heavy machinery and maintain and implement written training programs for lockout/tagout procedures. Additionally, the Monterey DA ordered the company to conduct annual inspections of its lockout/tagout procedures and not assign employees to operate any machinery unless they are trained about the machine’s hazards. According to the DA, Growers Street Cooling has recently provided proof that compliance is underway.