Altoona, IA – The state of Iowa’s division of OSHA has issued fines of $8,781 following its investigation into the events that lead to the death of a machine operator at Summit Products Incorporated earlier this year.

On March 1, 2019, William George Wilson Jr (42) was the victim of a workplace accident at Summit Products’ RV accessories manufacturing facility. Wilson was a machine operator and had worked at the plant for approximately two years. On March 1, however, he was reportedly crushed in a machine and died after being transported to a local hospital. 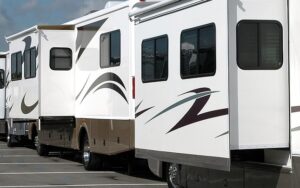 This month, OSHA released its report on the accident which described multiple violations which contributed to the machine operator’s death in March. OSHA’s citation against Summit Products details four serious violations and one “other-than-serious” violation. According to Iowa OSHA, Summit Products did not have procedures in place to control the area in which the accident occurred. The citations also allege that proper machine guarding was absent at the time of the incident. Additionally, Summit Products was found to have incomplete records of work-related injuries and illnesses.