Montgomery, AL –Sabel Steel Service Inc faces $320,261 in federal fines for unsafe working conditions, according to the Occupational Safety and Health Administration. Sabel Steel, which was honored just two years ago for its safety record by the Alabama Department of Labor, disagrees with the findings and will be meeting with OSHA to discuss. 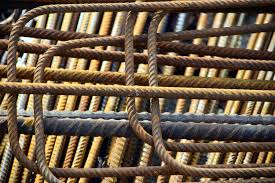 OSHA announced the fines in November, following inspections of each of Sable Steel’s plants in May of 2018 as part of a national emphasis on amputation prevention in the workplace. In the course of these investigations, OSHA documented employee exposure to amputation risks, and failures to safely controlling the release of hazardous energy during machine maintenance or servicing.

In terms of failures to meet federal Lockout Tagout standards, OSHA inspectors found that the written lockout procedures at Sable were vague, generic, and did not state clearly how to shut down the machine, apply the lock, and restore service. Further, OSHA cited failures to conduct and document periodic inspection of the lockout/tagout (or energy control) procedures. OSHA also fined Sable Steel for failures in regard to lockout training. Employees were found to have been authorized to lockout equipment without first having been trained on how to properly perform lockout/tagout on the machines.

Sable Steel is notable as a 162-year-old family-owned company, currently lead by the fifth generation. They supply steel scrap and rebar, and are reported to have quadrupled in size since 1990.